Feast of the Ascension

Celebrating the Feast of the Ascension – Some Ideas for Festive Foods

As Catholics, we are a people who gather around a meal. Liturgically it`s the Eucharist, in which we receive Jesus` Body and Blood, under the appearance (taste, texture, smell) of bread and wine. As we join together as a community of faith, hear God`s word, bring our gifts and our lives to the altar, and remember Jesus` actions at the Last Supper, He comes to us and we share in his meal — a meal that transforms us too into his Body here on Earth.

What is the Ascension? On this feast we remember that 40 days after Easter, Jesus met one last time in person with his disciples. After instructing them to wait in Jerusalem for the Holy Spirit to come to them in fulfillment of the Father`s promise and assuring them that they would be his witnesses to people in all the ends of the earth, he was taken up before their eyes on a cloud. (Acts 1:4-9) The disciples returned to Jerusalem as he had instructed and nine days later, on the Feast of Pentecost, the Holy Spirit did indeed descend upon them and the Church was born. 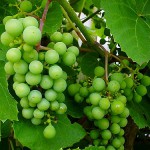 Foods that are traditional for this feast are varied. In some countries beans and grapes are featured, because traditionally these were said to be the first foods eaten by those who returned from the dead when Jesus rose on Easter. In other countries, the first fruits of the garden or fields are shared in a festive meal.

One interesting tradition is to go fishing and/or eat fish on this feast. I suspect there are a couple of reasons for this one. Of course the most obvious is that most of the Apostles were fishermen and Jesus promised to make them “fishers of men” when he called them. The other is that one of the earliest symbols for Jesus and the church community was a fish — a literary allusion of sorts based on the letters spelling fish in Greek used as an acronym for Jesus Christ God`s Son Savior (also in Greek). For non-meat/fish eaters, cookies made in the shape of a fish might serve as a substitute!

In some countries, it`s traditional to eat fowl — whether game birds or domestic ones. The symbolism here would be the rising into the sky and/or being hidden by the clouds that we see with birds in flight. Again, pastry shaped like a bird or bird-shaped cookies might be substituted.

Finally, and this is not necessarily a traditional food, some folks suggest making meringues or a meringue pie.

Whatever you choose to eat to celebrate the Ascension and whether the feast is celebrated on a Thursday (the traditional feast day) or on the following Sunday (so more people can celebrate it liturgically), may the blessings of Our Lord be with you and your family or community. And may we, like the disciples before us, enter now into prayer for the special coming again, ever more deeply, into our lives of the Holy Spirit. 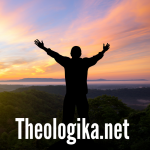